Biotech across the globe is an area that is rapidly gaining traction, with Bio Space predicting in April this year that the world's biotech market should be worth about $3.44 trillion by 2030 from being valued at $852.88 billion just two years ago. That implies growth at a compound annual rate of 17.83% between 2021 and 2030.

The odds are good that some of the most valuable companies in the next few decades will be in biotech. Despite South Africa being perfectly primed to be a key player in this space, a lack of rigorous biotech investment and ecosystem-building activities is resulting in failure to capitalise on biotech's potential for outsized social and economic returns.

South Africa has the largest life sciences and healthcare market in Africa (valued at around $3.2 billion and $28.1 billion, respectively). The country has an incredible pool of world-class researchers and academic institutions, a population with high genetic diversity to support research into human health, appropriate infrastructure (like manufacturing companies and laboratories), and continent-wide and international academic and commercial partnerships in the sciences.

Yet, at the height of a global pandemic, South Africa did not produce a single viable vaccine candidate or innovate and organise in a timely manner. South Africans were, once again, reliant and constrained by the international supply of vaccines, just like we are with other medicines and innovations.

A core reason often cited for this is a lack of financial investment. There has been little venture capital and early stage-funding activity, resulting in an underdeveloped local biotech industry.

There are two solid arguments for making investing in biotech in South Africa (and the rest of Africa) an imperative:

The main concern for local investors is the Capex-heavy nature of the biotech industry. Although this may be true for some sectors within the broader space, numerous breakthroughs and approaches have dropped the costs of creating a bio-company. These include the discovery of CRISPR (Clustered Regularly Interspaced Short Palindromic Repeats), a family of DNA sequences found in the genomes of prokaryotic organisms such as bacteria and archaea.

In addition, there are lower sequencing costs, the growing discipline of computational biology (which does not involve laboratory work) and breakthroughs in synthetic biology techniques. These are some reasons why there has been a biotech boom in startups that work outside of healthcare and pharmaceuticals (like cultivated meat, material sciences and sustainable ingredients). All of these advances contribute to biology becoming a more programmable and scalable discipline, making experimentation and innovation possible at significantly lower costs; in other words, biology by design.

A need for advocates

Another reason that overall biotech activity remains nascent is the lack of an active body that advocates, organises and supports ecosystem-building initiatives. The industry remains siloed, with few avenues for fruitful collaboration between stakeholders, such as academia and industry. That is not to say that there is no activity at all. Many organisations like universities support talent within their sphere of influence, like helping bio startups spin out. The big question is how we can better collaborate to coordinate and amplify each stakeholder's work for the overall industry's benefit.

There is tremendous scope for more biotech community-building initiatives advancing grassroots development. These could be in the form of upskilling entrepreneurial scientists on how to build bio-companies or angel investors supported on how to vet and source deals. Regardless of the type of initiative, we need more of it and self-organisation amongst current community members might be a more reliable avenue to grow the industry.

Sometimes, we're so overwhelmed by the big existential questions like "What policy changes will support the biotech industry in South Africa?" that we overlook smaller (but impactful) initiatives that could move the needle in the right direction by helping people make timely connections that could lead to outsized positive outcomes.

That's where initiatives like #BioHack2022, organised by BiologyByCode.com, come in. In July 2022, we partnered with Akili Labs, Founders Factory Africa, CPGR and African Tech Roundup to launch a hackathon organised in five weeks with an investment of less than USD 5,000!

#BioHack2022 is an online, virtual, 4-week-long Pan-African hackathon (that kicked off on August 1st 2022) open to anyone studying or working in the bioinformatics industry in Africa. Bioinformatics is the application of computational and statistical analysis to understand the large amounts of complex biological data generated in the lab.

The objectives of this initiative include:

Ultimately, the goal is to educate, collaborate with and support entrepreneurs, investors, academics, students and other community builders in Africa's biotech industry. That is because we're bullish about the potential for economic and social returns in biotech, especially in South Africa (where I live and work).

If the industry pulls together, we can ignite imaginations, build a thriving sector, and grab hold of the social and economic benefits within our reach. 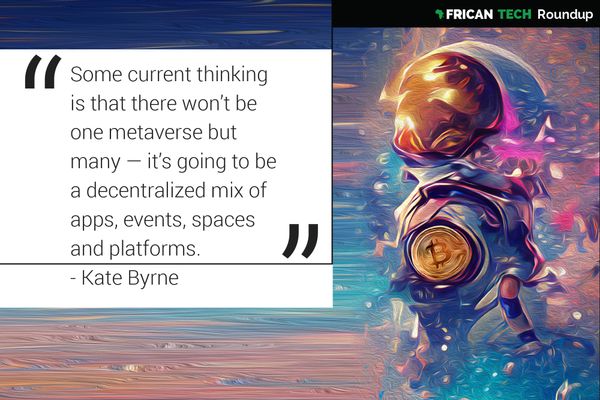 International media maven Kate Byrne factors in on the NFT bubble burst and what might be next for one of the world's most hyped Web3 trends. 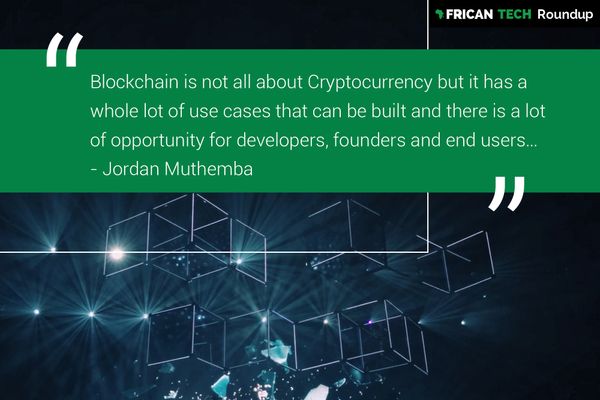