Subscribe on iTunes | Subscribe on Spotify
MTN Group’s warning that their interim financial results for the period ending June 30th 2016 would be unpleasant did a lot to absorb the shock when reality struck last Friday— the day the report eventually dropped.

Despite revenue for the interim period improving by ±US$5.7 billion, MTN reported an after tax loss attributable to equity holders of just over US$401 thousand. That translates to a headline loss per share of nearly US$0.20. Compare that with 2015’s headline earnings of just under US$0.48 per share, and it’s sobering to see how humbling this must be for Africa’s largest mobile service provider.

As expected, the mobile telco has put forward a long list of explanations for what went wrong. One of the more interesting items on that list is what they are calling “short-term losses” they’ve sustained thanks to their significant investments in Middle East Internet Holdings and of course, the recently rebranded Africa Internet Group— which now goes by Jumia.

We would love to know what’s going through the mind of MTN Group’s President and CEO-in-waiting, Rob Shuter, who will no doubt have his work cut out for him when he takes up the reins from Phuthuma Nhleko come July 2017.

Andile caught up with Babusi to discuss an AI-enabled campaign he recently masterminded and executed for a global FMCG brand, and to chat about the rise of machine learning and artificial intelligence in general. Tune in to hear him factor in on what the world might look and feel like when those technologies become common-place.

Subscribe on iTunes | Subscribe on Spotify Safaricom and Craft Silicon both took an “L” this past week. As it turns out, they neglected to trademark the Little Cabs brand name 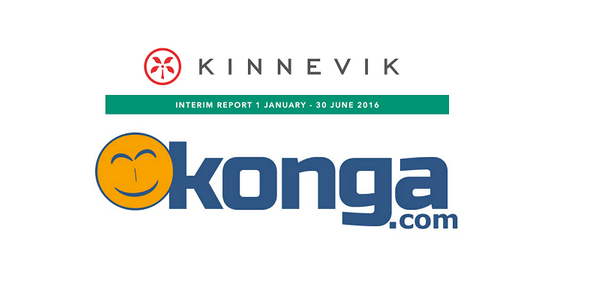 Subscribe on iTunes | Subscribe on Spotify Who knew that a little quarterly update by a publicly-traded Swedish investment firm could get Nigeria’s e-commerce fraternity all worked up? Not us.